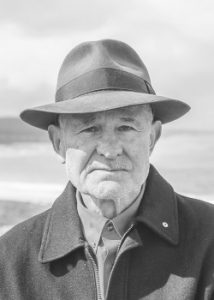 Dave is one of the founding winemakers of the MARGARET RIVER region of Western Australia and MARLBOROUGH in New Zealand.

His lifelong career in wine started with studies in winemaking at Fresno State University in California. Dave returned to Margaret River in 1970 where planting had commenced for a vineyard that was to become the CAPE MENTELLE estate, a wine producer founded by his brother Mark.

In 1984, Dave travelled to New Zealand, following up on information that something special was happening on the South Island. With Mark’s backing, CLOUDY BAY was established in time for the 1985 vintage.

Moët Hennessy acquired Cape Mentelle and Cloudy Bay in 1991. Dave worked with that company until 2003 as managing director of both estates.

Dave then worked in a partnership, McHenry Hohnen Vintners. More recently he left that partnership to establish a wine brokering business, Crackerjack Wines, with his daughter Freya, a winemaker, and Rupert Clevely, a good friend since the days when Rupert headed up sales and marketing for Veuve Clicquot in Europe. 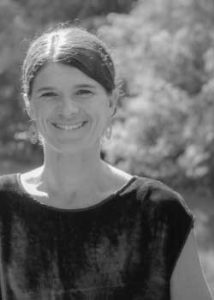 Freya grew up at a home in the grounds of the Cape Mentelle estate. It was not too far from the winery and the daily fragrance of evolving wine is still a strong memory. Following a ‘gap’ year out and about in the world, she commenced studies for a degree in Oenology at the University of Adelaide in South Australia. In 2000 she graduated as dux of the course.

From graduation she took a number of jobs which included two vintages in France. The first was at Domaine de Rimauresq and then at Clos Puy Arnaud with Stéphane Derenoncourt. Her Southern Hemisphere vintages were spent with Yalumba, Vasse Felix, Voyager Estate, Brokenwood, Henshcke and De Bortoli (Yarra Valley).

In 2004 Freya was founding winemaker for the McHenry Hohnen Vintners partnership. More recently she has been the representative in Western Australia for Classic Oak Products and Tonnellerie François Frères.

Freya also produces wine in a partnership with Dan Murphy, Australia’s leading fine wine multiple retailer, under the label Once & Well by Freya Hohnen. With her partner Ryan Walsh they produce the wines for Walsh & Sons, a Margaret River winery sourcing grapes from the family’s vineyards.

Rupert has wide experience in marketing and selling wine, in addition to his entrepreneurial skills in developing food orientated, neighbourhood pubs.

His wine career started in Sydney, where he managed the Australian and South East Asian activities of Veuve Clicquot SA (VCP).
It was in this role that he managed the purchase by VCP of Cloudy Bay and Cape Mentelle, iconic wineries in New Zealand and Western Australia. These acquisitions brought him into contact with David Hohnen, with whom he established the friendship that has led to the partnership that is Crackerjack Wines.

From Sydney, Rupert relocated to Europe, based in London, as the international Marketing Director of VCP.

In 2000, Rupert and his wife Jo started the Geronimo Inns pub group with their first acquisition, the Chelsea Ram. The Geronimo Inns group was eventually sold and today Rupert  is Chief Executive of Hippo Inns.